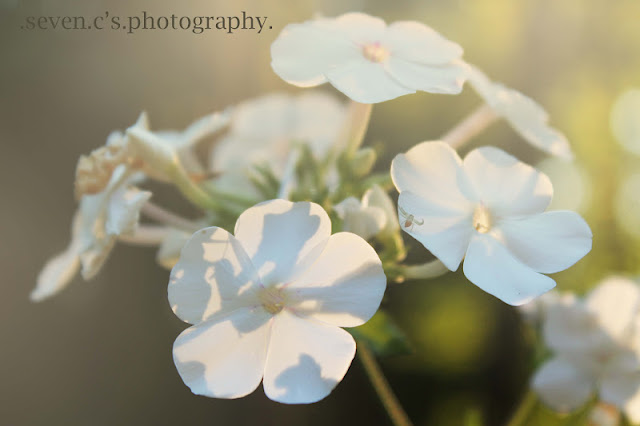 i didn't notice the hidden object when i was taking the picture, or even the first couple times i looked through the pictures...but then, i saw IT.
photo and post by: me posted: 5:47:00 PM No comments: 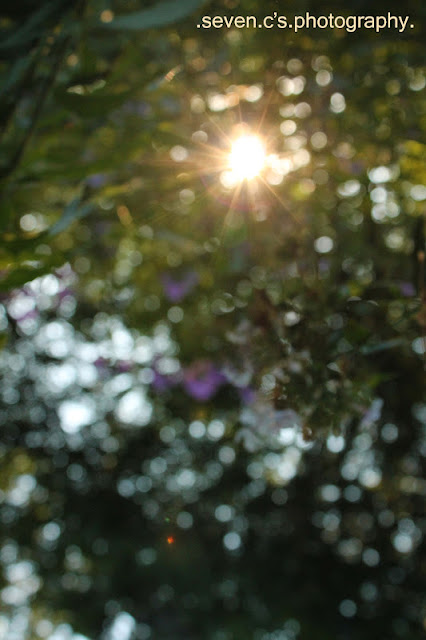 like i've mentioned before (probably) i think a lot. sometimes, a little too much. the over-analyzing, worry, thinking, not the 'hello, my name is Eisenstein' thinking kind of thinking.

not sure what i'm going to do next with a photo project. i know i've got to do something. or else i'll drive my creative atoms in another direction. 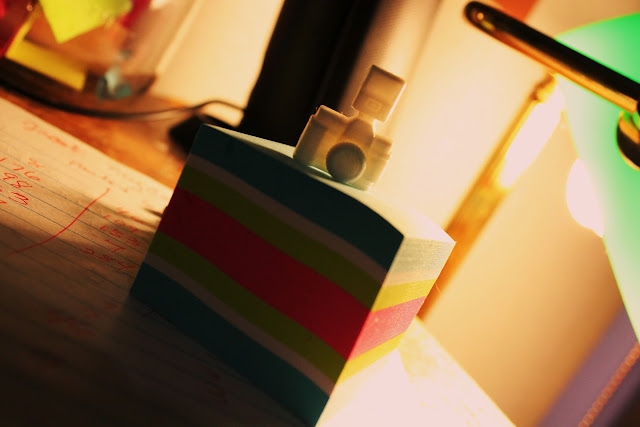 and, who knows? maybe i don't need the pressure of a photo project. maybe i could get by with creativity and my occasional posting, like i used to. the creative side of me might resurface, then. it hasn't yet, although i did get a compliment today, per my boss. yes. more useless ramblings that are somehow finding their way into my post tonight. after all, it is almost eleven and i worked all day and it's saturday. so i feel like maybe, just maybe, i have a right to ramble on here.

failure. it stares me in the face, as it has many times before now.

i've been dreading writing this post, as i should. to write it makes it true. it sets it in stone, and tells me that i have actually failed.

i lost the photo challenge. monday. to be exact. it came from feeling pretty crappy and then getting home late from work. i remember telling myself that i needed to take a picture, and then forgetting the thing i had memoed. yes. the photo a day ended.

so i have told myself that i will take a break, compose a list, and get back to you at a later date. in reviewing the failure, i realized a major flaw in the photo a day project. the lack of structure, and sometimes, (even!) posting shoddy photos just for the sake of having a photo of the day. that's what a busy life will do for you. so, although i would like to stick my proverbial tail between my legs, not admit failure, and "fake" the photo of the day, that's not who i'm trying to be. i will come back, and the next project will (hopefully) be much better. 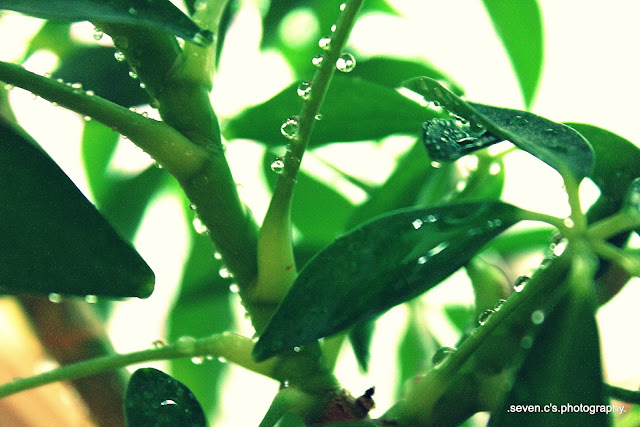 first i had another subject in mind for the photo of the day, but the lighting was so bad that i decided on this random shot, amped the nasty yellow lighting out, and called in my photo of the day. 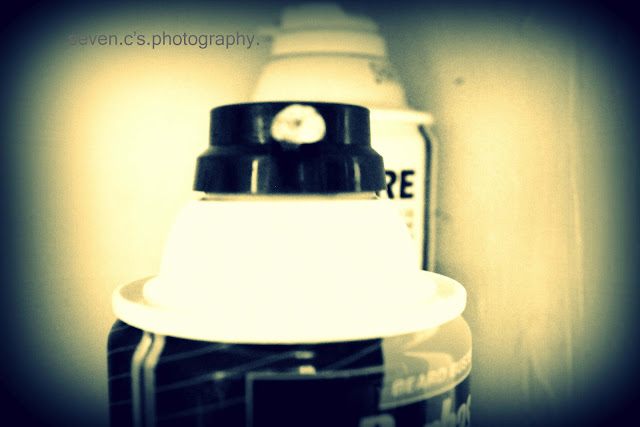 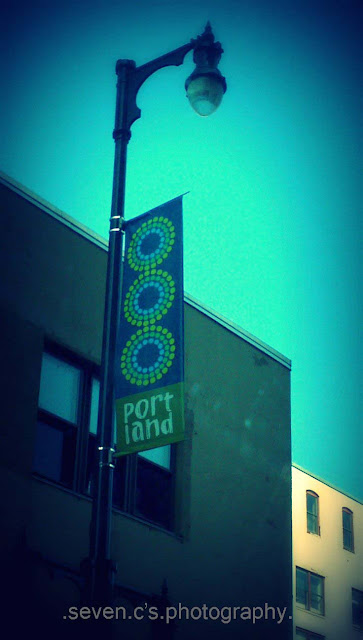 my best friend and i hop over to portland for some errands. i don't laugh as truely as with other people as i do with her. 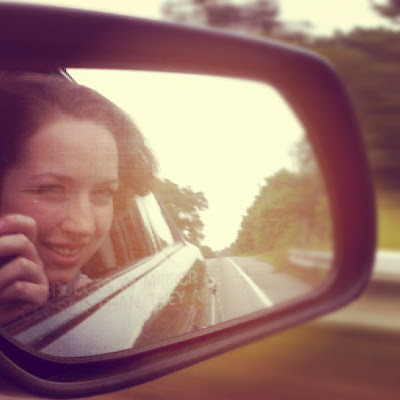 my cat is a sassy frass. but most cats can be. and she is in more than just the fact that she sticks out her tongue when she is super happy. 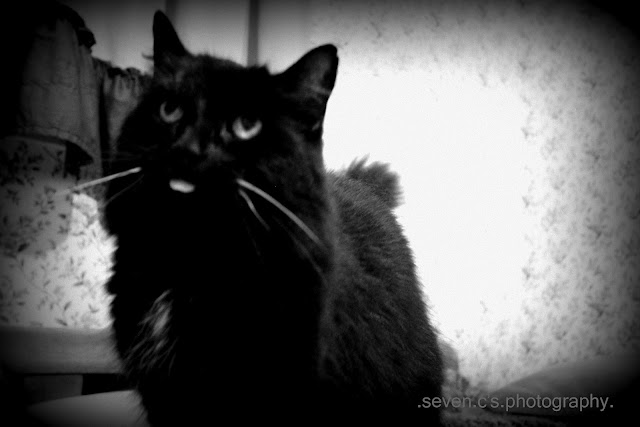 i like this photo. maybe because i vintaged it out, maybe because i like the tiny clothespins that hold a few of my favorite photos along my wall. i hope you like it, too :) 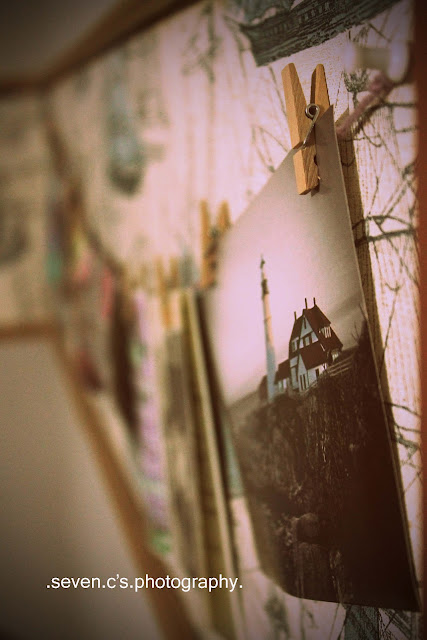 we were driving down this pretty road and then got to a semi-creepy part of woods that was just amplified about twenty five times by the fact that there is just this couch sitting there on the side of the road, by no houses, with a piece of torn notebook paper scratched out with the words: "free sofa" in bold black sharpie. paper weighted with a random rock. yeah. then the friend i was with dared me to go sit on it. and you know me and my weakness for crazy things and dares. 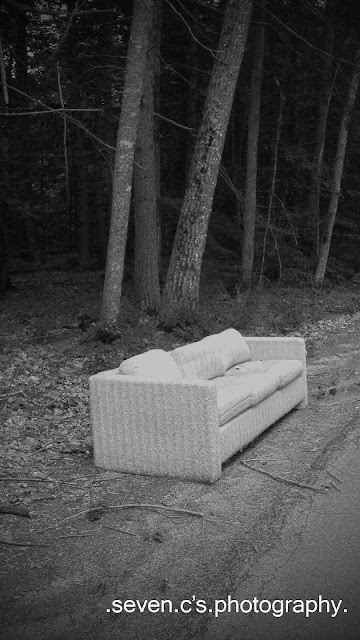 day 104: monkey on my dashboard

i took this when my car was just stopped, NOT while i was driving. it was like 11:45 pm. on a friday night. i was so tired. but i liked the lighting on my little monkey dude that's been each of my cars' company. 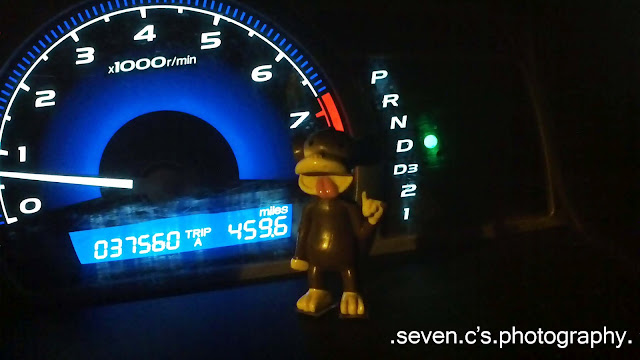 not much to say for this day... 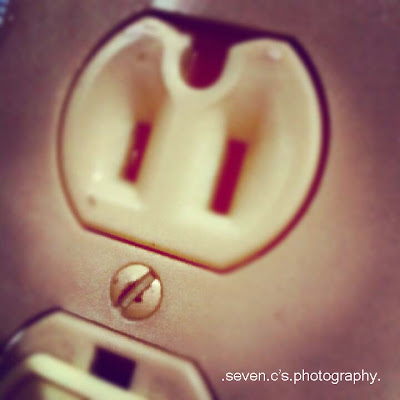 you might think this shot is creepy. i like my eyes and i'm not saying that in a conceited sort of way, but i'm not. 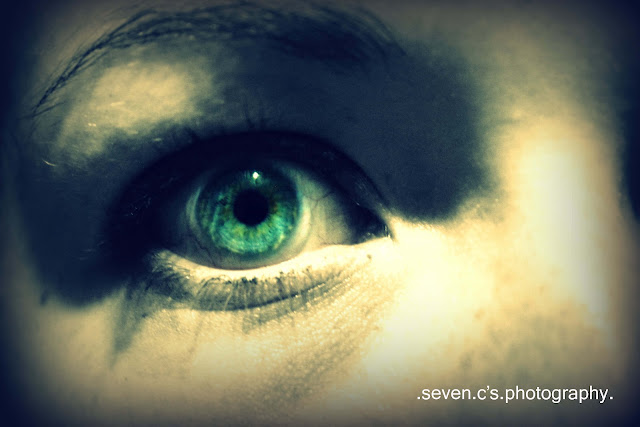 my parents bought me flowers when i got home from ireland. isn't that like the cutest thing ever? you are probably muttering, "no, are you like twelve? you use the word 'like' a lot", or something along those lines. well, dislike it or not, whether you are a cold human being with no heart or a kind souled person who thinks this is cute (i'm joking with these analogies, by the way, and amusing myself the whole time i'm typing away), this is the photo of the day, so you're just going to have to...DEAL WITH IT. 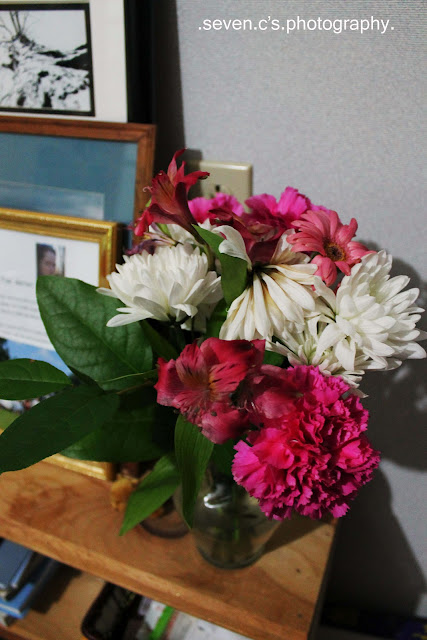 day 100: the day i ALMOST lost this game

i wish i could lie and say i have a better picture for such a momentous day (hah), but unfortunately i think i was having a down day and didn't really feel like taking pictures. i took this one not even thinking of the photo a day project, and nearly had a panic when the next day (feeling much more chipper) i realized that i (thought) hadn't taken a photo for the day! WAAAHHH! but unfortunately, you'll have to suffer through this one. it's some unusual artwork i saw on a vehicle. we have a lot of this kind of stuff in my area. personally, not to toot my own horn or anything, but i could definitely do a better job than this guy. 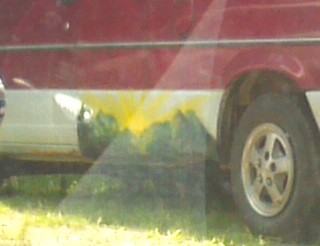 day 99: my sick sense of humor

a double date! i don't know if that connection is something my achingly tired brain concocted, or something that anyone else will get. probably not. okay, i'm going to stop talking gibberish, but isn't that why you've visited this blog in the first place??

yes. this next photo is an example of my demented mind of humorousness. i really didn't think that humorousness was a word and i just typed it anyways, and was pleasantly surprised when i didn't get that ugly red squiggly line underneath it, like i do with most words i make up and the lowercase obsession i have. anywho (<---red squiggly line. grrr...) here is the photo of the day, that you've suffered through reading this post to see.. 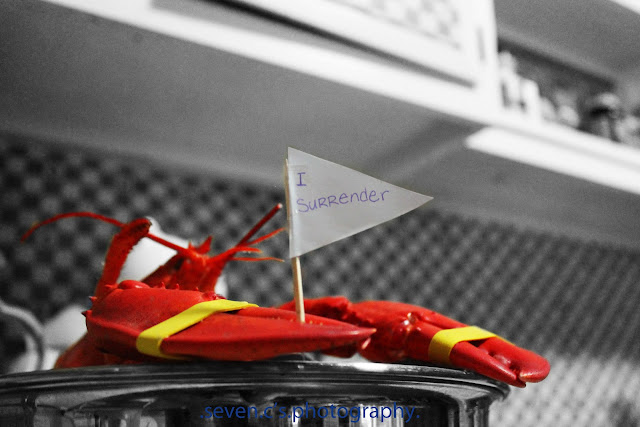 every year right down the street they have the town's community days. i think i went once when i was really small, but every year we walk down our straight street a few houses and watch the fireworks, mom and i. so much fun! i've posted before on the blog fireworks from years past, and this year, since i'm doing the photo a day project, i thought i'd share a few images i took this time around. also, sidenote, this was the Rebel's first year photographing the fireworks. and i think they came out great! it was hard narrowing the decision down to these pics! (pun most definitely intended) 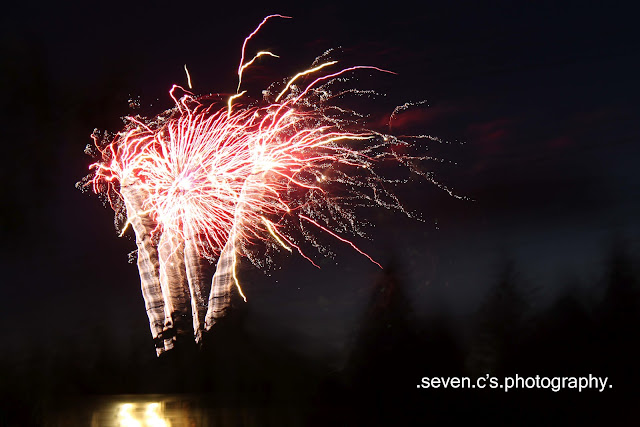 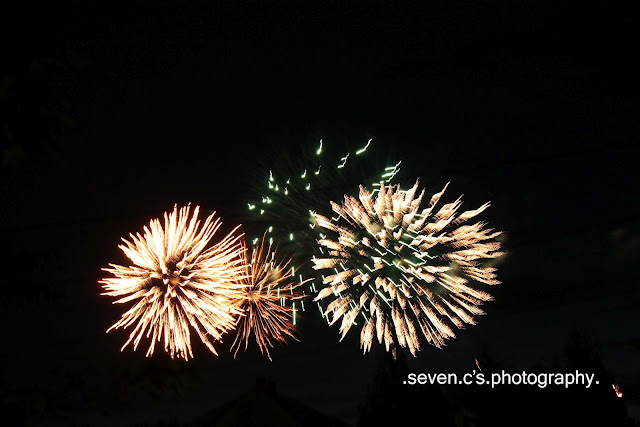 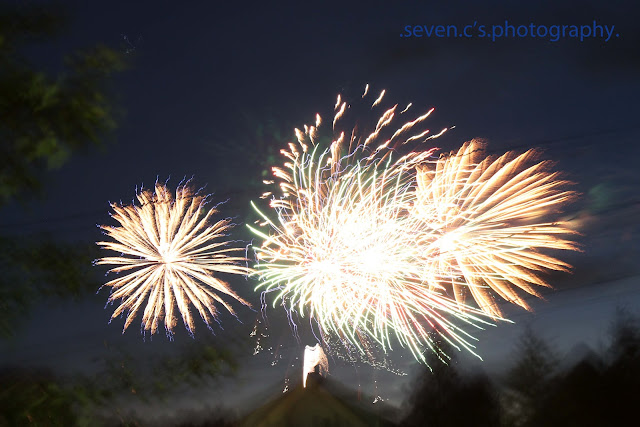 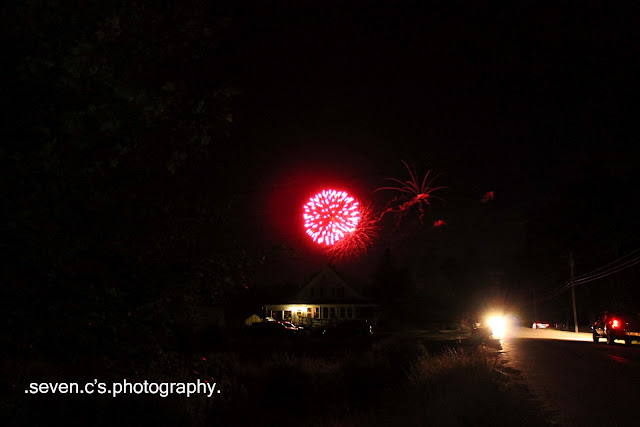 what a wonderful day. we stopped for a sit-down lunch...yumm...bbq chicken nachos...need i say more?? and the sun was shining.. 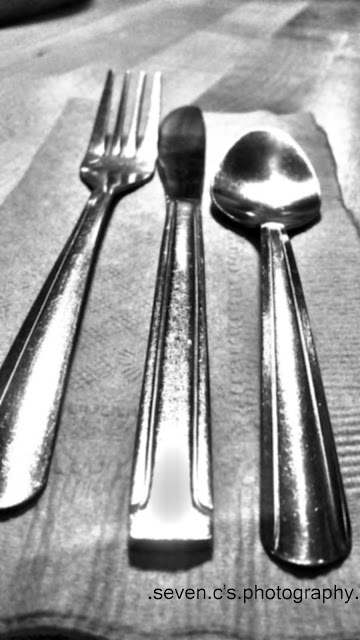 jet lag kicks in and this girl feels lazy. i think i (may have) stayed in my jammies all day. sidepoint, when i think of staying in my jammies the whole day, i smile. because you know you don't have to deal with rude customers at work, busy hurrying about, or putting on one of those fake polite smiles that people come to expect of those with sunny dispositions. sometimes, we all just need a day to kick back, jammafy ourselves, and drink tea (because deep down, we know we miss our english teatimes). 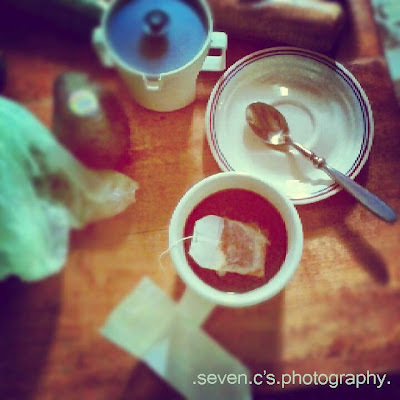